The Monaco Edition was organized by the International Union of Bilateral Chambers of Commerce and Industry United Arab Emirates, 17th of May 2022. The “High End Congress of Economic Diplomacy” took place at One Monte Carlo Congress Hall, a Monaco modern venue, and in the unique and spectacular Hotel de Paris’ Salle Empire.

This edition was joined by participants from different countries: United Arab Emirates, Brazil, Romania, Portugal, Germany, Holland, France, Italy, Japan, Switzerland, UK, Australia. Respectively members of the Government, representatives of the diplomatic corps, businessmen and investors came to Monaco to discover the Principality as a business field with a lot of opportunities and innovations.

The headline of the Monaco edition 2022 was «National Economy as International Ambassador – Swot Analysis». The participants presented their activities and projects on the stage and had a networking lunch after.

Part of the presentations

The world’s largest non-profit organization of the bi-national (bilateral) chambers of commerce and industry and all of their Unions, Federations or Joint Business Councils in the world. Incorporated in the United States of America, IUBCCI is an international organization that was created to build a unified organization of all these entities to further a worldwide common economic interest and to develop the opportunities offered by the Global Economy. IUBCCI is devoted to support create a global economic harmony, helping small and medium businesses elevate their products and services, and highlight the important role they play in the US economy and worldwide.

Slavi.io is a multi-chain cryptocurrency platform that allows users to take advantage of blockchain technology’s benefits with the fewest possible iterations. “SLAVI is a visionary company, a Dubai-based cross-chain project offering a decentralized finance luxury infrastructure for clients. We also have a vision for our future, so our joint goals will take us one step closer to our wish create a better world for the next generations.

Ravi Lunia shared with participants the history of the rarest Burmese Rubies in the world.

The company « Invest 4 You » presented at the congress a new financial strategy.

Niko De Jonghe had a speech on the subject « Economic Solution ».

Olga Fleming, Business Angel Investor UAE had a speech on the subject «How to take the investors for startups»

The Association “Child CARE Monaco” was represented by Martine Ackermann, the founder of the organisation. Child CARE Monaco was founded in February 2012. Their goal is “to promote and help the education of disadvantaged children in the world”.

The congress was followed by a Media Cocktail and an elegant Red Carpet Gala Dinner held in the heart of the Principality of Monaco at the world famous Hôtel de Paris. The Salle Empire of Hôtel de Paris is known as a historic monument for over a century. Guests had an opportunity to enjoy a magnificent view to the legendary Place du Casino and take photos at the press wall.

This year, IUBCCI UAE joined forces with Child Care Monaco charity organization. During the Gala Dinner, 3 masterpieces from the modern artists Sigurd Tanghe, Elodie Rodrigo, GAT were sold out at the quiet auction. The charity organization earned 4.040,00€ for the children of India in need. The funds will be used for a summer camp in Jali Munda Slum of Bhubaneswar, the poorest area of India. The summer camp will include dance, sport, music and art classes for children.

We want to thank to all our guests for attending the spectacular Gala Dinner.

IUBCCI UAE connects closely with the diplomatic community to facilitate collaboration between their countries and the U.A.E. public and private sector leaders to further a common economic interest and cooperate on solutions for the global economy and security.

IUBCCI UAE is dedicated to supporting the creation of a global economic harmony, helping enterprises to raise their products and services and to emphasize the important role they play in the world economy.

Tell us about the idea of the congress. How did you create it? Where was the first event held?

First, let me introduce you to IUBCCI UAE. IUBCCI UAE connects closely with the diplomatic community to facilitate collaboration between their countries and the U.A.E. public and private sector leaders to further a common economic interest and cooperate on solutions for the global economy and security. IUBCCI UAE is dedicated to supporting the creation of a global economic harmony, helping small and medium-sized enterprises to raise their products and services and to emphasize the important role they play in the world economy. Part of our strategy was to create some relevant tools and “High End Congress of economic Diplomacy” is one of them. A very important one. Each edition is organized in one different country, and the guests are brand representatives from the Government, from the diplomatic environment, from the private business environment, representatives of the most important institutions and companies both from the host country and from many other countries. For example, our first Edition, organized last year in Dubai, was attended by distinguished guests from 60 countries. Among them, the IUBCCI UAE Dubai event was attended by the royal family, Mrs. Arshi Ayub Mohamed Zaveri, CEO – Senior Advisor Royal Family Offices UAE. Each edition of the Congress is adapted to the economic and business environment of the host country, and depending on the panels the number of participants from other countries varies.

How did you personally come to this field and what it gives you?

The diplomatic community and the business environment of which I am a part, give me the abilities to be the initiator of unique economic and diplomatic programs in the world. “High End Congress of Economic Diplomacy” is one of them. The main objective of this Congress is to bring together under the same roof exceptional people, who accomplish wonderful things and, together, to offer an international know-how, offering also the opportunity of new international economic relations. And I can say that this is what this Congress is giving to me.

This year’s event in the Principality of Monaco was very successful. Why did you choose this venue? Do you think it is a special place?

The Principality of Monaco is a leading, innovative and international country and an International financial center. Monaco has political, judicial and fiscal stability, has major and ambitious projects. The Principality has an unique real estate market, a high level of security and is actively developing technologies, products, processes, business models, ways of life and consumption patterns that are more environmentally friendly.

Monaco is known as a place with a very sophisticated public. How did you reach out to your guests and how did you surprise them during the congress?

The Congress is a landmark event. Each edition gathers members of the Government, representatives of the diplomatic corps, businessmen and investors of the participating countries. So, Monaco was a perfect place for this second Edition. I think it was not about surprising the guests. It was about inviting them to an edition that met their expectations and, why not, even exceeded them. Whether we’re talking about One Monte Carlo, the amazing Salle Empire – Hotel de Paris or Monaco itself, I think everything lived up to my guests’ expectations.

During this year’s edition you held a charity auction at the Gala dinner. How did the idea come about?

The idea came naturally, especially after I met the wonderful Martine Ackermann. Her work, her involvement, her dedication and her success with The Association “Child CARE Monaco” projects are the source of inspiration for all of us.

How did you choose the participants of the congress and the projects?

The participants are those people who feel that they share the topics of interest of the congress. The speakers, as I mentioned, are brand representatives from the Government, from the diplomatic environment, from the private business environment, representatives of the most important institutions and companies. Since we are talking about the diplomatic, economic and business elite, it is clear that the projects cannot be anything but extraordinary.

Can you tell us about your plans? Where in the world the next event will take place and how our audience can get there.

At the moment, we have several options. But I promise you that as soon as I decide, I will let you know all this details. I avail on this occasion to thank you for this interview and for the interest and support given to IUBCCI UAE. 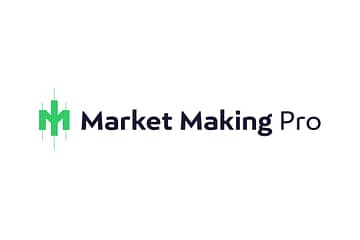 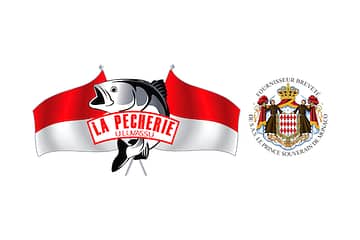